About the Doctor – Clint Allerton 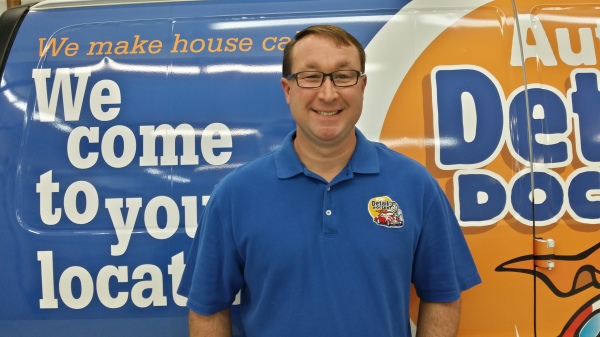 Clint Allerton spent 15 years working as a crew member for professional NHRA drag racing teams, where hard work, organization, detail skills, and results were a must. When Clint was not traveling across the country from race to race, he and his son, Eric, would wash their family cars EVERY DAY. (No exaggeration!)

Eric is on the autism spectrum, and he has a fascination with hoses, extension cords, and, especially, washing cars. Consequently, Clint and Eric’s bonding and fun times were spent washing, waxing, and detailing vehicles for family and friends. As time passed, Clint became very good at his new “craft” and many people suggested Clint’s detailing skills should be used for everyone’s benefit. In 2005, Clint began detailing customer cars on the side for fun and, amazingly, relaxation. All of his “customers” were thrilled, and it was enjoyable at the same time for Clint and Eric. 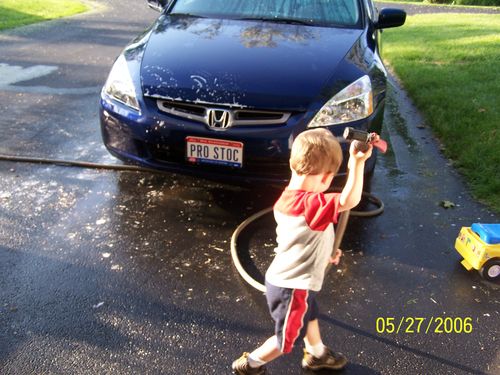 Little by little, Clint bought professional supplies, equipment, and everything necessary to perform professional auto detailing. Taking his career to the highest possible level, Clint uses tools and equipment such as a vapor steamer, a heated carpet extractor, polishers, buffers, and the very best products, all of which are eco-friendly and VOC compliant.

In 2010, Clint changed careers and focused on detailing vehicles as his full-time business. When deciding on a business name, Clint utilized his wife’s career. Clint is married to Dr. Julia Allerton, a chiropractor, and owner of Orr Chiropractic Center in Pataskala, Ohio. Being that she is a Doctor of Chiropractic, Clint created the name Auto Detail Doctor. Both careers have been a huge success story. Clint and Julia have been married for fifteen years, and together they have their son, Eric (16), and a daughter, Ashley (13).

Clint brings a true passion for detail and one that truly cares for his customers. He believes that a customer will never get the best work ethics from someone that works for a franchise as they would from the owner of a business, which is one of the reasons why Clint is the sole operator of Auto Detail Doctor, LLC.

Clint is a graduate of the Detail King Auto Detailing Training Institute and has since detailed thousands of vehicles. In November of 2011, Clint was awarded the Detail King Authorized Licensee of the year! He regularly attends conferences, training seminars, and is very close in contact with other auto detailers across the country.

Being an active member at his home church, Clint has also been a loyal supporter of Racers for Christ and the Racers for Christ Kids Program through his career with NHRA drag racing teams. It has been through their ministries and tremendous support to the racing community that RFC and the RFC Kids Program has helped Clint and his family lead their life closer with God as Christians.

When asked what the most rewarding part of his career is, he states, “Seeing the awesome reactions of the customers and feeling their happiness when they see their ‘new’ car. When I am finished with my customers’ car, they are truly happy, and feeling their beams of joy is what makes it all worthwhile.”