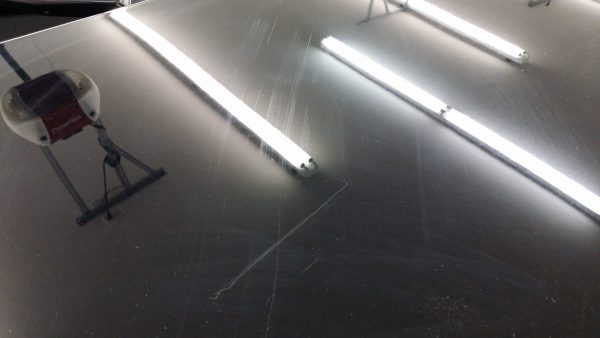 A customer called and asked if I could help him remove some scratches throughout his car, and with the general overall gloss and shine of his black 2013 Lexus GS350.  The photo above shows some scratches that were on the hood, which were the worst of all of the scratches in the car’s paint finish.  He wasn’t sure how they got there, but did mention that “maybe they were put there from removing snow from the previous year.”  When he was telling me this, he was making movements with his arms as though he used a shovel or a broom to remove the snow.  While I’m not sure how the scratches were made, it was enough to make me cringe at the thought!   The interior of the car was in really nice condition, and his priority was with the exterior.  So once we finished the interior detail, it was time to focus on the exterior and the car paint scratch removal.

Our first step was to give the car a nice hand wash.  Using a foam cannon we washed the car using a microfiber wash mitt.  Starting from the top we worked our way down.  The wheels also received our wheel cleaning treatment using a non-acid wheel cleaner.  Once the car was washed we decontaminated the paint using a clay bar in addition to a fine grade Nanoskin Autoscrub.  These two treatments made a world of difference-making the car ready for polishing.

The first step was to polish the paint on the hood.  The hood is what contained a majority of the deeper scratches so that is the area that we tackled first.  Using my Rupes Bigfoot dual-action Polisher, a course cut microfiber pad, and Meguiars M105 heavy cut polish, the compounding, and polishing began.  Working the polish in at a medium speed made for just the right amount of cut.

The next step was to use a light cutting pad to help level the clear coat and give the hood a much better shine.  While the heavy cut pad and the heavy cut compound is great for removing scratches, the gloss that it creates is less than to be desired.  Using a microfiber finishing pad and Meguiars M205, we were able to achieve great results.  To top it off with excellent protection, we used a nice coat of Blackfire Wet Diamond all-purpose paint protection polymer paint sealer.  This is the sealer that we include in all of our exterior details except for details that have a coating applied. 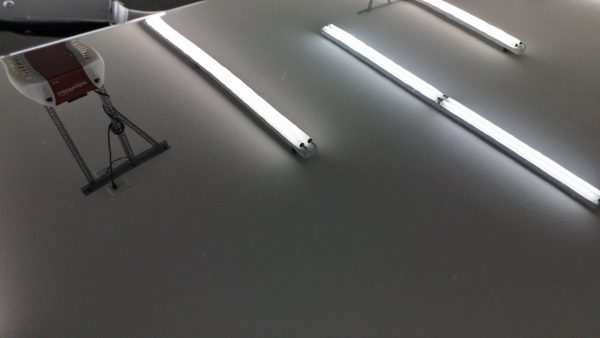 Looking at the photo below, you can see that about 90 percent of the scratches were removed.  I was very happy with that, and even more so was the customer!  Once the hood was completed we polished the entire vehicle, and as you can tell from the photos below, the results of gloss enhancement were amazing!